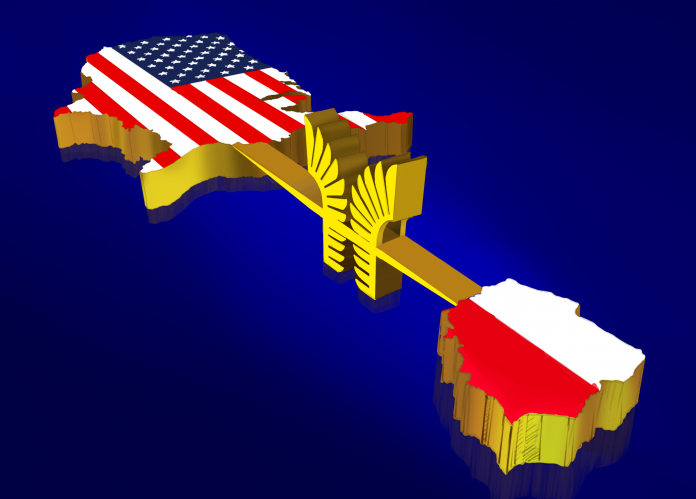 How to pull Poland out from the gutter? How to stop the tragic scenario of the elimination of our state and melting the nation away in the multiculti melting pot? These are the questions bothering only few aware Poles. The others keep being preoccupied with their own matters while they understand the surrounding world less and less.

In order to change anything, a fallen man needs a model to follow. Seeing others overcoming the same obstacles and enslavements is necessary to believe that there is still a chance to succeed. That is the reason why new-born Christians keep telling others how Jesus has changed them That is why we hold up great soldiers, sportspeople, scientists or leaders as models for our children. Nations need the same. The Bible tells us about the Queen of Sheba who, having heard about the power, prosperity and justice in Solomon’s kingdom, set off to see that with her own eyes.

When she learned about the rules and foundations of the functioning of the greatest country in the biblical times, the queen returned to her country to put the acquired knowledge into practice. We might safely assume that the fate of her subjects did improve.

Where should Poles find a model to fix their own country today? Russia has failed to provide such a model, despite having used tanks and bayonets to make us admire her. Germany succeeded in bewitching us with the Ode to Joy in 2003, but the enchantment has faded away as we have been experiencing the rising prices of electricity, gas and petrol and the wormy state of Tusk and Morawiecki. Law and Justice turned out to be just a party name, only mocking God’s values.

We have been building the second Japan and Ireland in our country but nobody has pointed yet to the direction chosen for many years by our predecessors who were forced to emigrate. Where is the largest Polish diaspora? What city, after Warsaw, has the largest Polish population? Why is nobody pointing to the United States as model for Poland to follow?

There are three reasons for this. The first one is obvious: Russky-German spy network in our elites has been striving to turn us against this solution. The second is a matter of imagination: the chasm between the contemporary Poland and the USA is so large that it takes a visionary mind to dream about such a transfer. Most of the quasi-authorities from Warsaw will babble about neorealism and not disfavoring anybody, about suppressing our dreams and aspirations. We will hear that from the old tractable communist comrades bred in the Moscow slavery. The third reason is the most serious one. America was built on totally different civilization foundations. In America, personal liberty and the right to pursue happiness are the foundation of social order. In Poland it is authorities that know better what is good for you. This feudal submission is preserved by the Catholic church which claims to be the only intermediary between God and people. If you want to do right by God, you have to listen to a priest that is only a man. Such a trained subject will listen to authorities’ orders as if they came from God. He will await authorities’ grace revealed in the next stages of the socialist welfare state benefits. In order to make Poland resemble the United States, Poles need to get a new religious offer that will break the monopoly of Rome. That is the reason why right-wing Catholics in Poland (or rather communist Catholics) reach out for American dollars and troops but they do not want American liberty and the trust in God and His Word – the Bible.

What about you? Are you ready for such a change or would you rather continue to suffer the fate of a slave?

This article from the latest “Go Against the Tide” magazine is available here: https://idzpodprad.pl/sklep/gazety/347-gazeta-ipp-0572018.html