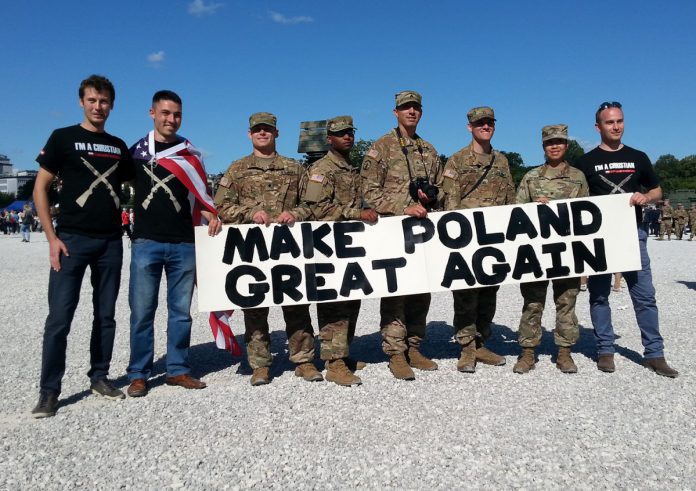 Tom Rogan`s recent proposal in the Washington Examiner to relocate more U.S. troops from Germany to Poland is by all means noteworthy and commendable. Nonetheless, to make it work effectively long-term, some further considerations need to be made.

From 1944 onwards, Poland was occupied by Soviet Russia (a candid account of that period can be found in a book by Arthur Bliss Lane, former U.S. ambassador to Poland, I Saw Poland Betrayed). Polish underground army continued hopeless guerrilla warfare against the Russians until 1963, when its last soldier was killed in action. Communists gained control over the Catholic Church in mostly Catholic Poland. A long series of crushing defeats during and after WWII forged a new type of Pole – a geo-realist who agrees to the dominant position of Russia in exchange for appearances of freedom and prosperity. This new man was no longer capable of comprehending the real meaning of freedom, democracy, or republicanism.

After 1989 Poland formally regained independence, yet Communists, rebranded as democrats, continued to play a decisive role in Polish society and politics. Today, their pervasive influence is concealed behind a misleading façade of free elections, civil society, or independent courts. No wonder the long-overdue judicial reform is being vehemently opposed by the beneficiaries of the corrupt nepotistic (in)justice system.

To change this state of affairs, Poland needs a spiritual and moral revival founded on Biblical values and republican principles which characterized the Polish state until the onset of Counter-Reformation in the early 17th century. Today, many Polish patriots see republican values revived and invigorated in the United States by the presidency of Donald Trump. A political and military alliance of the U.S. and Poland will be much stronger and more enduring if it is built on a common civilizational foundation. Without the shared values of republicanism, freedom of speech and the responsibility of the individual, the U.S – Polish alliance could be reduced to military technicalities, which would not be enough to make it last in the long run. Patriotic Poles wish for a civilizational alliance of free peoples who share a dream!

To be a real and reliable ally of the United States, Poland needs to be strong in every sense. During his visit to Warsaw in July 2017, President Trump aptly pointed at bureaucracy as one of Poland`s enemies. Excessive taxes could be cited as another. Poles crave for the release from socialist bureaucracy and a truly free economy that would benefit the middle class. Poland has never been decommunized the way East Germany was, with 80 percent of Communist-era judges removed from office. All the ruling parties in Poland since 1989 have consistently failed to bring Communists to justice. Today, more than ever, Poland needs a new Nuremberg for Communist criminals.

Relocation of more U.S. troops to Poland is highly recommended; however, I would warn against hasty withdrawal of all American troops from Germany. For the last 300 years or so Germany has been inclined to form alliances with Russia. Today, China has joined the two in their plans to build Eurasia, meant to defeat the United States. Paying only lip service to its Atlantic commitments, Germany is engaging in ever closer economic ties with Russia and China, detrimental to the U.S and Poland, which proves that Germany needs an Allied safety catch, now no less than before. Moreover, a political and military alliance in Central and Eastern Europe – the so called Intermarium – is urgently needed. The region is being exponentially influenced by Russia, Germany`s EU, and the aggressive economic and propagandistic expansion of China.

Poland runs a high risk of becoming politically and economically dependent on the EU`s assistance and Chinese investments. The recent conflict with Israel has sparked calls for loosening ties with the U.S. and turning to China or Russia instead. If the U.S. European policies do not include spreading civilizational values, Poland will decline economically due to its overgrown bureaucracy and exploitation by Russia, Germany and China. The entire region may soon be lost to the free world, and American soldiers may begin to be perceived as enemies by the local populations. It is high time that these dangerous and destructive trends were reversed.

They came after me, they will come after you – Pastor Chojecki’s appeal to protestants in the penal trial 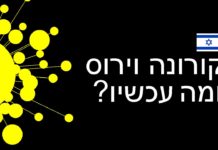