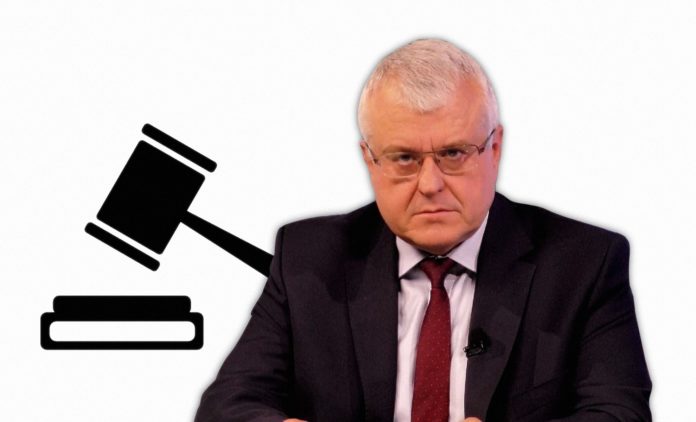 Pastor Pawel Chojecki is accused by the prosecutor’s office of allegedly insulting the religious feelings of Catholics by harshly criticizing the Mass. He was sentenced to 200 hours of community work. Below, we present pastor Chojecki’s message for Protestants.

I know some of you are wondering how to relate to my case.

I will say so much – you may be offended by the sharp, blunt language I use in my sermons and journalistic and satirical programs. But has it ever occurred to you that you blunt your tongue and that the language of our Lord, Jesus Christ, was SHARP, blunt and shocking?

Think about whether you would not be offended by the words of John the Baptist, who was killed by Herod for criticizing the immorality of secular power? Wouldn’t you say to John the Baptist – why do you get politics? Why do you lean out? Why do you use harsh words and destroy the sacred peace of power?

Wouldn’t you be disturbed by the language of the Apostle Paul, who wrote, “I wish that those who are troubling you would even mutilate themselves” (Gal. 5:12); or “One of themselves, a prophet of their own, said, “Cretans are always liars, evil beasts, lazy gluttons.” (Tit. 1:12). What would you say about the language of the Apostle John: “Then one of the seven angels who had the seven bowls came and spoke with me, saying, “Come here, I will show you the judgment of the great harlot who sits on many waters” (17:1). Here, the word used is a vulgar “wh**e” word.

Think about whether you would not be harmed by the behavior and language of Jesus, who, with his whip, chased the vendors out of the temple and destroyed their stalls? His disciples remembered that it was written: “zeal for your house will consume me.”

If you stand aside now, unfortunately, you tacitly give permission for the freedoms and rights to be taken away – first from others, but eventually also from you.

May this not end as in the case of the German Lutheran pastor Martin Niemöller, who wrote in the Dachau camp in 1942:

Then they came for the Jews
And I did not speak out
Because I was not a Jew.

They came for the Communists
And I did not speak out
Because I was not a Communist.

Then they came for the Socialists
And I did not speak out
Because I was not a Socialist.

Then they came for me
And there was no one left
To speak out for me.

Who is pastor Paweł Chojecki?

AGAINST THE TIDE TV NEWSLETTER – JANUARY 2022

The most important events in Against the Tide TV and the...