Local churches, understood as groups of disciples of Jesus who meet regularly to do their Lord’s will, are independent of any secular authorities.

And now I commend you to God and to the word of His grace, which is able to build you up and to give you the inheritance among all those who are sanctified. Acts 20:32

But he who is spiritual appraises all things, yet he himself is appraised by no one. For who has known the mind of the lord, that he will instruct Him? But we have the mind of Christ. 1 Corinthians 2:15-16

Anyone who goes too far and does not abide in the teaching of Christ, does not have God; the one who abides in the teaching, he has both the Father and the Son. If anyone comes to you and does not bring this teaching, do not receive him into your house, and do not give him a greeting. 2 John 1: 9-10

An overseer, then, must be above reproach, the husband of one wife, temperate, prudent, respectable, hospitable, able to teach, not addicted to wine or pugnacious, but gentle, peaceable, free from the love of money. He must be one who manages his own household well, keeping his children under control with all dignity (but if a man does not know how to manage his own household, how will he take care of the church of God?), and not a new convert, so that he will not become conceited and fall into the condemnation incurred by the devil. And he must have a good reputation with those outside the church, so that he will not fall into reproach and the snare of the devil. Deacons likewise must be men of dignity, not double-tongued, or addicted to much wine or fond of sordid gain, but holding to the mystery of the faith with a clear conscience. These men must also first be tested; then let them serve as deacons if they are beyond reproach. Women must likewise be dignified, not malicious gossips, but temperate, faithful in all things. Deacons must be husbands of only one wife, and good managers of their children and their own households. For those who have served well as deacons obtain for themselves a high standing and great confidence in the faith that is in Christ Jesus. 1 Timothy 3:1-13

But I do not allow a woman to teach or exercise authority over a man, but to remain quiet. 1 Timothy 2:12

The main characteristics of decision-making in church should be as follows:

In our church, all men are involved in the process of decision-making. Later, we try to achieve unity in discussion with other members of the church.

A few men, who are the best-prepared and experienced Christians, have the authority to teach. Most often it is Pawel Chojecki or Piotr Setkowicz, who minister to the spiritual needs of our community.

Normally we hold our meetings in private homes or rented halls; information about gathering times and location can be obtained by contacting us.

In addition to Sunday meetings, our meetings may take place during the week or while going out on weekend or holiday trips.

New Covenant Church is funded exclusively by voluntary contributions of its members. 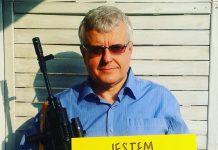