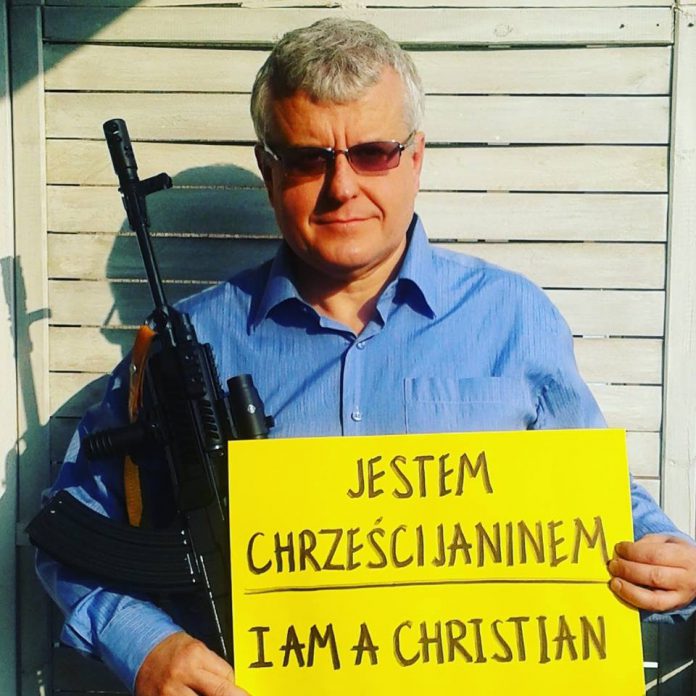 Pawel Chojecki, 55, married for over 30 years, with three adult children. Raised as an atheist, chose to become a Christian. He is the founding pastor of New Covenant Church in Lublin, Poland. He is also the founder and editor of Go Against the Tide online television channel and monthly magazine.

He was born again at the age of 23. Even though he graduated from a technical university, not a seminary, his Sunday sermons are watched online by several thousand viewers. He is engaged in organizing new churches: he is currently overseeing the setting up of over 20 offspring churches in Poland and overseas.

His goal is to MAKE POLAND GREAT AGAIN by discarding the slave mentality and turning to Jesus Christ, the way it took place in Poland in the 16th century, during the Golden Age of Poland, which coincided with the Protestant Reformation.

In 1981 he takes part in an anti-Communist student strike just before the martial law in Poland. In Communist Poland he sets up a Christian association called Reconciliation. He starts publishing mimeographed Christian books and a monthly magazine. W 1989 he heads Christian Reconciliation Community Church in Lublin and publishes Christian literature, this time using a professional print shop.

In 1996 he founds New Covenant Church in Lublin. In 2003 it is the only church in Poland to officially oppose Poland’s accession to the European Union. At that time he also starts publishing a Christian socio-political monthly Go Against the Tide. In 2005 he joins an anti-EU and pro-free market conservative party, the Real Politics Union, which at that time advocates close ties with the US. He thus pioneers combining ministry with political activism in Poland. In 2008 he heads the regional branch of that party in Lublin, and in 2009 becomes a member of the party’s national executive committee and its spokesman. However, when the leaders of the Real Politics Union turn against the United States and endorse pro-Russian policies, pastor Chojecki leaves their party.

In 2008 he starts a biblical and patriotic online television channel, Go Against the Tide TV. In 2016 he launches a daily current affairs online TV show, watched by some 20,000 viewers. His trademark is waving a copy of the New Testament in front of the camera to emphasize his point. Go Against the Tide becomes a grassroots political organization, and it openly supports Donald Trump in the 2016 presidential campaign.

Inspired by the American Declaration of Independence, on November 11, 2017 pastor Chojecki and the people associated with Go Against the Tide set up a political party – the November 11 Movement – the first biblical and anti-communist party in Poland’s history.

Pastor Chojecki is a staunch advocate of preserving the rights of parents to educate their children at home so that they can be raised in a traditional way, based on Christian values.

AGAINST THE TIDE TV NEWSLETTER – JANUARY 2022

The most important events in Against the Tide TV and the...