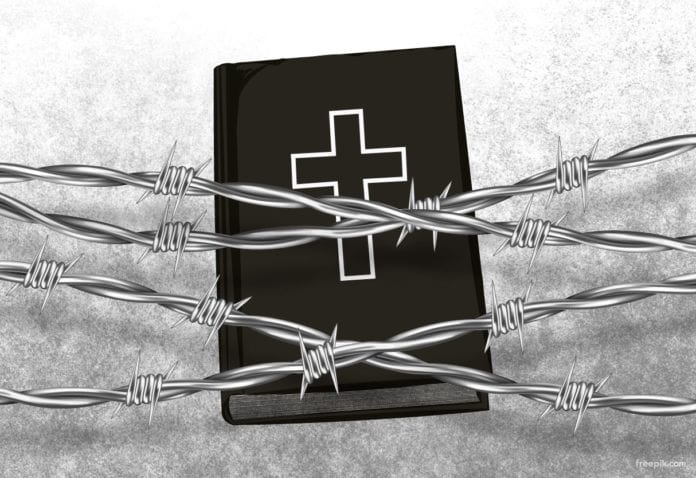 On November 25, Pastor Olaf Latzel was sentenced by the District Court of Bremen to three months in prison or an €8,100 fine for saying: The whole gender crap is an attack on God’s order of creation, is deeply diabolical and satanic. We believe that this is a return to Nazi methods of intimidating ministers so that they would not tell the truth about the ungodly actions of the German authorities.

Pastor Latzel spoke harsh words against the LGBT community, condemning the sins that are condemned by the New Testament of Jesus Christ. Having taken away the right of pastors to proclaim the message of Jesus Christ, the German authorities returned to the practices from Hitler’s time, when it was the state, not God or the Bible, that was the source of morality and law. It was the state that decided what was right and what was wrong, rejecting the fundamental norms of Christian civilization derived from The Scriptures. Pastor Latzel did not in any way incite acts of hatred, attacks, etc., but merely showed the abomination of the sin of sodomy. Of course, other sins, such as adultery, theft, murder, are abominations before God, and churches faithful to Jesus preach this. Will the German government forbid condemning other sins and sinners as well?

There is also the second reason why Pastor Latzel’s words focused on the sin of homosexuality or, to put it more broadly, the so-called LGBT. That way, he wanted to protest and warn Christians against the ideological war that is taking place against Christians and the Christian foundations of the European civilization. The LGBT lobby not only wants the freedom of its sexual practices, which it has already held for a long time, but seeks to change the definition of marriage, family, and parenthood and to ban the public proclamation of the teachings of Jesus Christ in these areas. It is, therefore, a real ideological war with Europe’s Christian identity and with the right of Christians to proclaim the truths of the gospel.

The verdict of a German court not only deprives Christians of the right to proclaim their religious views, but it also violates the widely declared principle of secularism of the state (that is, its neutrality in religious and ideological disputes) and is a blatant statement on the side of anti-Christian ideology. The trial and sentencing of the pastor also bears a resemblance to the practices of Adolf Hitler, when a baton, prison, and concentration camps were used in a fight against ideological opponents of Nazism.

We call on the German authorities to withdraw from this outrageous course of action that violates fundamental human rights. We Poles have experienced particularly hard the consequences of the anti-God and totalitarian socialist-national regime taking power in Germany. More than six million of our citizens were killed. Most of our economy and infrastructure were destroyed. A huge part of our cultural heritage was looted or burned. All this happened because in the 1930s when Hitler’s criminal ideology gained a mandate of state power, there were not enough honest people to say “NO” to a totalitarian state.

We all know the truth in the wise words of the great German pastor Martin Niemöller: ”They came for the Jews, and I did not speak out — Because I was not a Jew.” That is why we call on all people of goodwill, not just Christians, to condemn en masse the totalitarian impulses of the German authorities towards Christians. If we allow for the persecution of pastor Latzel to continue, the German authorities, and then the entire European Union, will come for more steadfast pastors, and then, as in the communist China today, they will order the churches to worship the European Union and its leaders instead of Jesus Christ. This is the last time to stop the new tyranny in Europe!

Pastor Paweł Chojecki on behalf of the New Covenant Church in Lublin, Poland